The Hanseatic City of Lübeck today 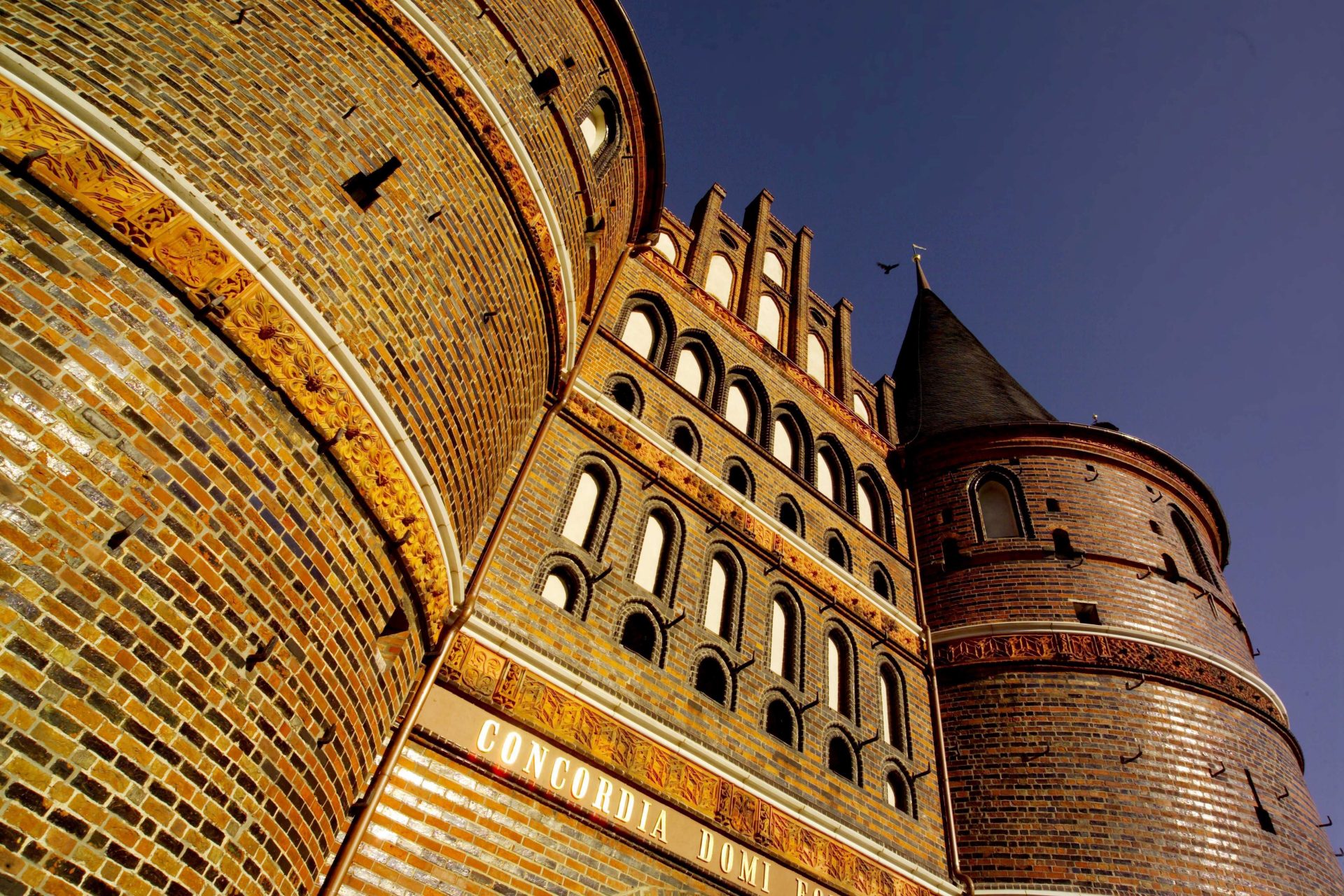 The Hanseatic City of Lübeck today

Early in the morning, when the bells of the St Mary´s Cathedral of Lübeck start to chime, there are two options: either you pull the fluffy duvet blanket over your head and cuddle back into your cozy bed, in which you can enjoy your sweet dreams, or you rise and shine with the sun in order to experience the new day that has already begun in the majestic city of Lübeck.

Jump out of bed and enjoy the merits of watching how the morning light reflects the beauty of Lübecks historical buildings.

He who sleeps in the „Klassik Altstadt Hotel“(Fischergrube 52), would probably be tempted to take it easy, although he knows that all the main sightseeing spots of the historical old town are within walking distance of this beautiful little boutique hotel. The reason being, that this quaint old heritage building, that is situated in the center of the old part of the Hanseatic city of Lübeck, just makes you want to relax and enjoy the comfort of staying in a home away from home.

Could it be due to the fact, that each of the 29 rooms, of this cultural building, have been individually designed and furnished in a classical romantic style, whereby each of the rooms have been named after famous Lübeck artists and personalities.

Making me feel, as if I am being invited to stay with interesting people of Lübecks history rather than just sleeping in an ordinary hotel. It could also be due to the extraordinary delicious German breakfast with its wide choice of cold cuts and locally produced cheeses, freshly baked rolls and a choice of 18 different Teas to indulge into. It reminds me a little of a charming small luxury Bed & Breakfast that I have dearly experienced in Britain.

That is of course no wonder, since the lady of the house, Hilke Flebbe, grew up in England. In 1978 her Mother , Inga Hilgeland-Hoffmann, bought this heritage building, that served as a Bathhouse in 1299 and a Blacksmith at the beginning of the 17th century. Being so close to the old harbor of Lübeck, it was always a home to many sailors in the time of the Hanseatic League. As the years went by, it became a merchant house, and even a public house at one point in its history.

History had taken its toll, so that an extensive refurbishment was necessary, to be able to turn this historical building into the beautiful boutique hotel of today. Unfortunately the mother died before her renovated hotel reopened in 1984.

Hilke Flebbe took on the challenge and turned this little bed & breakfast into a cultural gem, in the heart of the historical old part of Lübeck. Today there is a lot going on behind the sunny late classical façade.

In 2018, the Klassik Altstadt Hotel shall be celebrating its 40th business anniversary. The next Generation is already in sight: Hilke ´s son Alexander Flebbe has completed his bachelor of tourism and hospitality at the chamber of commerce, and is presently gaining hospitality experience oversees.

The house motto of the Klassik Altstadt Hotel is:

“Whist respecting the past and its traditions, we want to offer sincere hospitality and comfort that fit the needs of the modern traveler, as well as respecting the sustainability for future generations”.

This Motto suites this classical hotel perfectly, since it is continuously reinventing itself.

All of the bathrooms have been renovated in 2016. The former flat of her mother has recently been refurbished and redesigned in a modern classical airy maritime flair. It has been named after the lately deceased, Günter Grass, a German novelist, poet, playwright, illustrator, graphic artist, sculptor, and recipient of the 1999 noble prize in literature.

Mr Grass, was a frequent guest at the Klassik Altstadt Hotel. The Günter Grass Suite is full of his late artistic works, as well as some his famous novels, including “die Blechtrommel”, which was the reason for him being awarded the noble prize. It is so relaxing to sit in front of the fire place, in the British Barrington armchair, with a warm cup of tea- or even a Beaujolais red wine with its Günter Grass etiquette-designed by the artist himself, enjoying a good read.

The motto of Hilke Flebbe also suites the hanseatic city of Lübeck, with which she is so closely connected and has almost become the love of her life.

It’s not only about, Lübecker Rotspon, Marzipan and the middle ages in this thriving city. Many of the little alleyways and secret gardens are opened to the public and a vast majority of the old historic buildings, of the UNESCO city, have been renovated and are full of new life, behind their beautiful old facades. A lot of new individual shops have opened up in town, presenting unique items. “Uliveto” ( Mengstr. 31) , that does not only sell home made products from Lübeck but as the historic “Berkentienhaus”, itself offers the visitor an inside view of an old Glass manufacture as well as serving coffee and cake. There is for example “Amaro” (Glockengießerstrasse 67), a small store offering delicious homemade chocolates and also selling corresponding wines. So many little Art Galleries, that host unknown artists that are on the way to claim their name for fame, “Atelier Frank Siebert” ( Große Burgstarsse 39) or “ Heissings Art “( Mengstrasse 52), opposite from his gentleman’s Tailor shop.

Even the traditional little restaurants, with their pretty back gardens and courtyards have been inspired by the modern art of cooking. Whether it is “ Miera” ( Hüxstr.57) with a mediterranean touch added to the regional recopies or the “ Zimberei” ( Könugstrasse 5), where one can taste the goodness of the local fish – the Baltic sea only being 15 minutes away- in a traditional old merchant house.

In May 2015 the European Hansemuseum, the largest museum in the world dedicated to the history of the Hanse, was opened in Lübeck. This elaborate Museum depicts and describes vividly the life that was led by the merchants and sailors and the role that Lübeck played, as queen of the Hanseatic league. In its monolithic character the new building evokes the medieval city wall that once ran along the foot of the Castle Hill. Another fine example of how the “architecture of the new museum building blends a finely crafted brick texture with elegant modernist lines to form a link between the past and the present”, as stated by its architect Andreas Heller.

Lübeck is worth a visit for all seasons. Your dream, of a perfect trip to a fairytale medieval city, full of new life behind old walls, will come true when you stay at the Klassik Altstadt Hotel